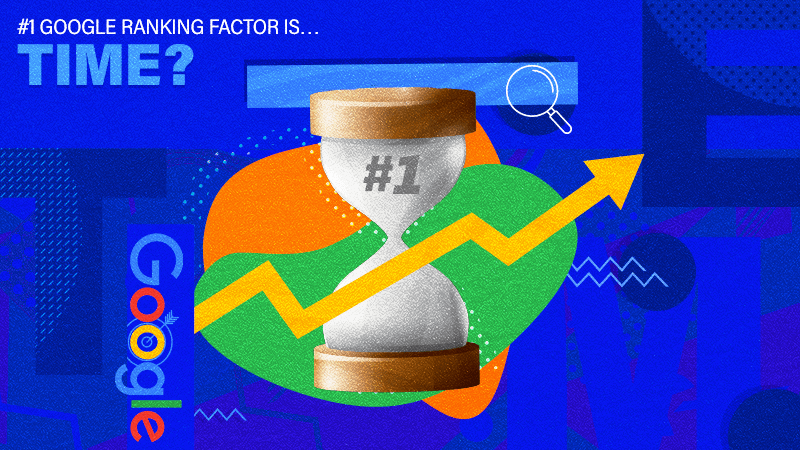 In A Hurry?
Time? WTF?
Backstory
Let's Break it Down
Key Takeaways
For the SEO purists:

In the SEO community, there are tons of discussions about what is or is not a ranking factor, as well as how much impact that factor may or may not have on a website.

From single-variable tests, live site testing, and correlation studies to analyzing what Google says (or doesn't say), there's plenty of information SEO experts put out there to better your understanding of how Google's search engines work.

But, there's one factor that I don't see being talked about too often, yet can drive massive results without any additional work.

Obviously, time isn't something you can optimize for. Time is constant. But, it can have remarkable effects on your search visibility.

I'll illustrate this by going over a post I made on my personal site back in July 2018 called Be Patient, and this article will serve as an update and more detailed look at the July post.

I have a PPL (Pay Per Lead) website that I've done little to no work on since I built it. I've mostly used it to test plugins and integrations.

Back in May of 2018, the site was fluctuating between page #7 and #10 on Google for "[city] roofing company". Since then, I've done 2 rounds of building a few links to the site, with months in between each.

Let's Break it Down

Over the course of the next month, the site slowly climbs up to #28 on July 9.

July - October, there were no changes made to the site.

For the rest of July, and through August, the positions move around a lot. Anywhere from the #20's to low #50's.

There were some big updates to Google's algorithms during this time frame, including the infamous (and poorly coined) Medic update.

It's possible that the site was already worth being on page #1, but the algos hadn't caught up with it yet, and the site was eventually rewarded.

Around September, things start to calm down and rankings fluctuate between the mid #20's and low #30's.

In November, 3 more links were sent to the site, but to an inner page. In December, the original links sent in May were removed.

Since that jump in mid-October, the site has been consistently on page #1, all thanks to time.

The removal of the original links could contribute to the drop in Dec into Jan. Or, it could be ghost links that are holding the rankings where they are?

Unfortunately, time isn't something you can count on, I'm not saying to make a change your website and then wait 10-months to see how it's doing.

But, I wanted to illustrate how gradual improvements (and sometimes nice jumps) can occur from past efforts.

You may know that links placed today could take 3-months to fully "kick in", but you don't know how much power that will give you.

You may be doing all the right things and still be losing to lesser websites until a Google update improves the ranking system. That could be coming in a couple weeks or in a year.

For the SEO purists:

Yes, things like site age and natural links (citations from aggregators and directories) could also be contributing factors. But, age comes with time - and all local sites naturally gain citations, directory, and various internet spam links over time.

This isn't meant to be a case study for how effective time is on links or waiting for G to update their algos. This is just a site I saw grow over 10-months of me not really working on it and wanted to make a point on how time seemed to affect this site.

You Know What This Is

Give us your email and we'll send you the good stuff

Please log in again. The login page will open in a new tab. After logging in you can close it and return to this page.